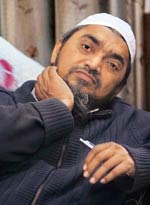 The winds of change of change, however blusteringly, have ushered in a new vice-chancellor at 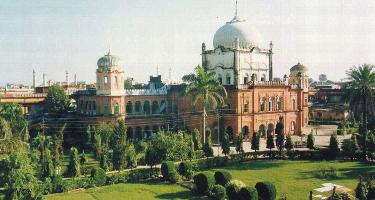 Darul Uloom Deoband with the appointment of Mawlana Ghulam Vastanvi.  While the world’s attention was rightfully focused on dramatic changes in Tunisia and now in Egypt and Yemen, a rank outsider was appointed to the citadel of traditional Islam in north India.

Of Gujarati ethnicity and a graduate not from Deoband, but from a sister institute, the Mazahir al-Uloom in the city of Saharanpur, Uttar Pradesh, Vastanvi had established an extraordinary reputation for himself over the past three decades when he established madrasas in several states that combined both traditional and modern learning.

Whether Deoband’s Governing Council appointed Vastanvi to overcome ‘insider’ candidates who politicized the institution or in order to usher in an era of curriculum reform, in itself highly explosive, remains to be seen. The reason for the wait-and-see game is that within nine days of his appointment, Vastanvi committed an inexplicable faux pas. In an interview with The Times of India on 19 January, 2011, Vastanvi somewhat unguardedly gave a pass to governor Narendra Modi, who was strongly linked to the 2002 Gujarat riots in which hundreds of Muslims were targeted and killed. Vastanvi’s opponents allege that his comments reeked of political opportunism and since then calls for his resignation have not abated. Deoband’s Governing Council will convene in February in order to decide his fate.

Vastanvi who founded an impressive madrasa Jamia Ishaatul Uloom in Akkal Kua, in Maharashtra where students who study in the madrasa can also complete high school and be admitted to a college education was seen as a revolutionary figure within madrasa circles. Aware of the need to equip students with both traditional knowledge and modern disciplines, many within India’s madrasa circles have quietly admired his experiment as a model to follow. He also established several madrasas of this kind around the country.  It might well be that the Council of Deoband thought that this was the right time to appoint someone like Vastanvi to head the institution.  It is unusual in the history of Deoband to appoint someone to lead it who did not hail from the well-known north Indian families linked to spirituality and piety.  Vastanvi was the first to breakthrough. A year ago, in another unusual move, another Gujarati, Mawlana Saeed Ahmad Palanpuri, rose through the faculty ranks to become the dean of the faculty and to occupy the coveted position of Shaykh al-Hadith, (Chair of Hadith Studies-specialist in prophetic traditions) the highest teaching distinction within the madrasa-world.

All these changes augur well for Deoband, if these men survive the political ordeals, since it would signal that Darul Uloom Deoband, the mother-ship of the global Deoband school is reaching a new level of maturity, confidence and prominence.  It no longer required the endorsement of North Indian elites in order to sustain its credibility.  Furthermore, the Gujaratis within India and abroad have as an ethnic group endeared themselves as the financial backbone to several Deoband related religious ventures. From their prominence in the Tabligh Movement in Europe, South Africa, India and North America to giving leadership to Deobandi madrasas in the United Kingdom, the USA apart from the dozens of madrasas in Gujarat state make them an indispensable component of the Deoband movement.

Whether Vastanvi will survive the calls to oust him, his very appointment symbolizes a new spirit and thinking.  If his opponents do succeed to oust him, it will certainly undermine the progressive elements within the Deoband movement and might be seen as a setback for madrasa curricular reform that has been in the works for decades but no one has had the courage to implement it.