Timbuktu Manuscripts: Civil War and the Documents of Civilization

Today I received an update on the status of the Ahmad Baba library in Timbuktu following news that it might have been torched as the rebels retreated.

Dr Shamil Jeppie, who heads the Tombouctou Manuscripts Project (www.tombouctoumanuscripts.org) and is also associate director of the Huma (Institute for humanities in Africa) University of Cape Town, released the statement below. It is reassuring until further eyewitness testimony confirms or denies what he has learnt at this point. 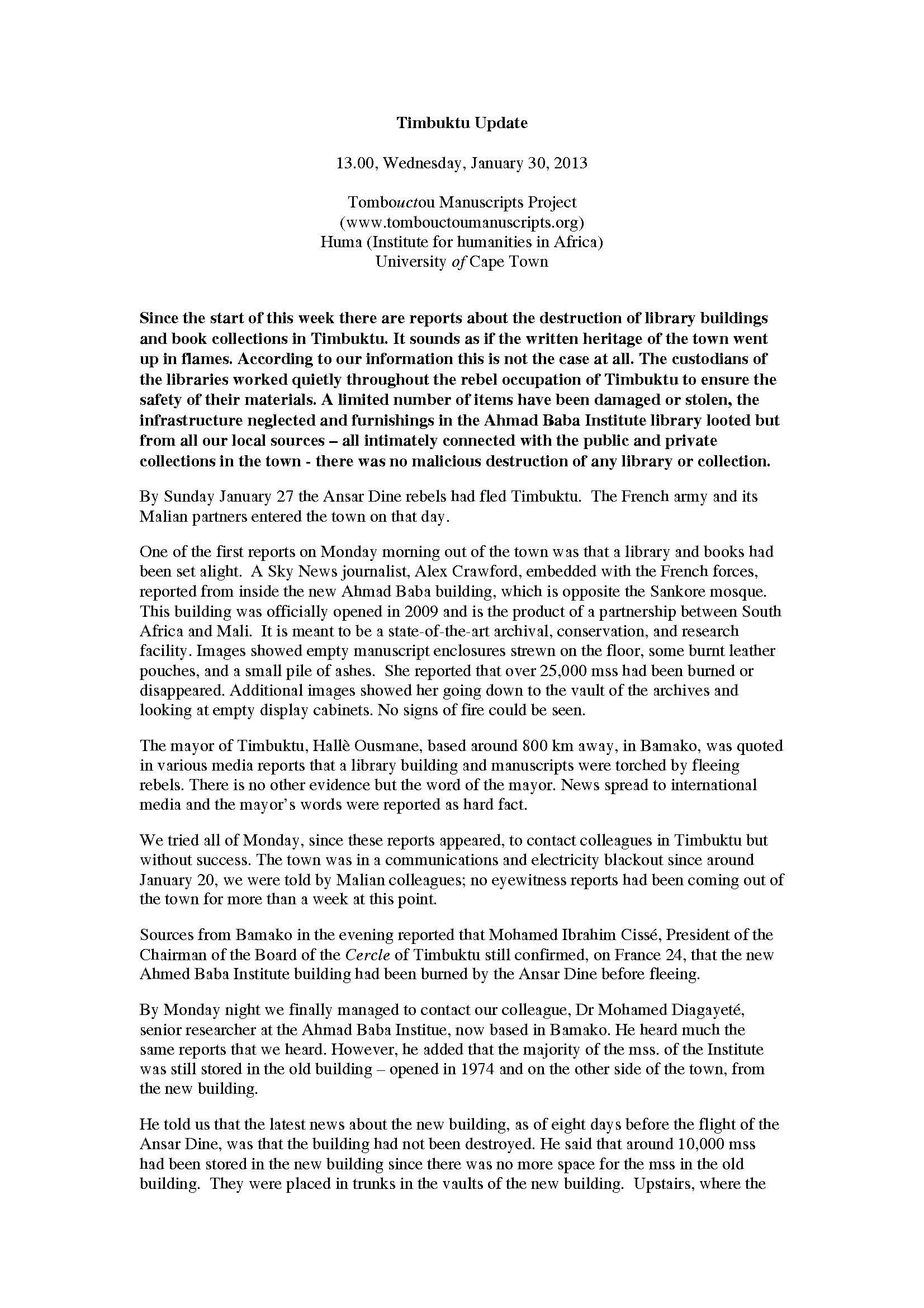 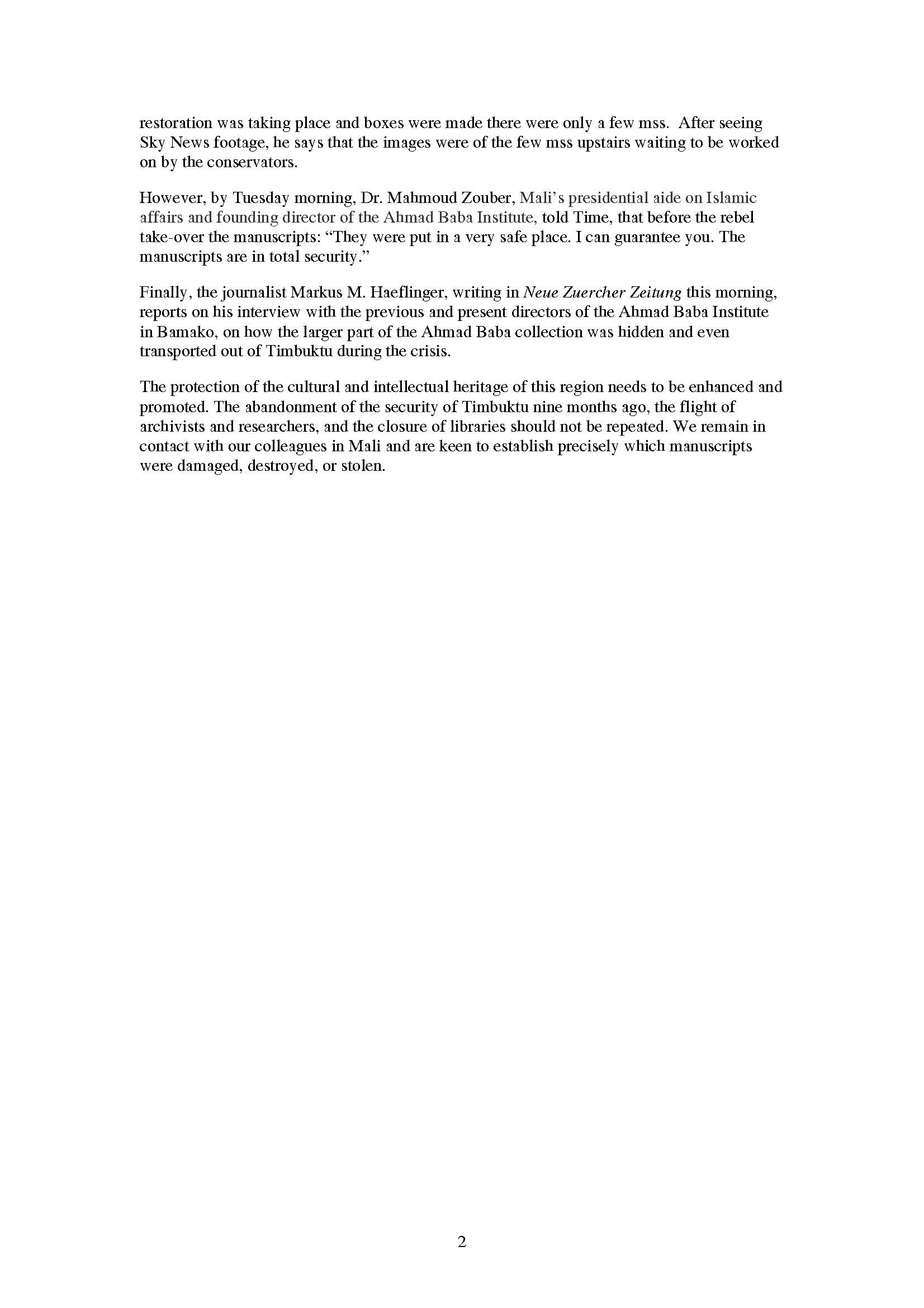